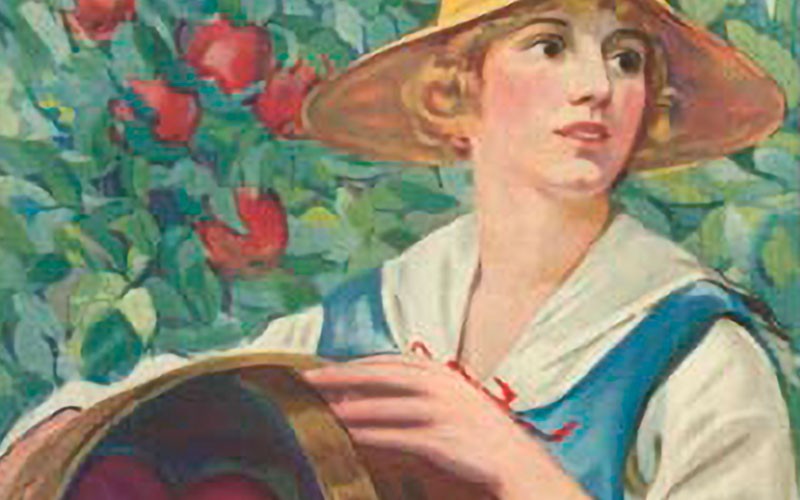 America seemed more worried about bread and beans than bullets. From the moment the nation entered the Great War, food became an anxious issue. While the U.S. government was confident of its ability to produce munitions, the food riots that rocked several cities in the early winter had also shaken the national psyche, challenging America’s cherished self-image as a land of plenty.

The riots began in New York City in mid-February, when hundreds of housewives reacted to an overnight jump in the price of vegetables by overturning vendors’ pushcarts and setting them ablaze. Police had to use their clubs co subdue the mobs of mothers. The next day the “rioting of housewives” spread to other parts of the city and became more violent as screaming women smashed butcher and greengrocer shops, looted stores, and scorned city hall. They were angry because the price of basic commodities had already doubled, tripled, and even quadrupled since the European war began. The reasons were obvious: European agriculture was in shambles, and as the desperate belligerent nations bought American grain and vegetables to feed their people, increased demand pushed up prices. War speculators were also at work, manipulating supply to inflate consumer prices.

Food riots also erupted in Philadelphia, where one man was shot dead by police, an old woman was trampled by a mob, and furious mothers declared a school strike. In Cincinnati, community leaders called a boycott of butcher shops, and in Chicago food prices spiked as settlement workers reported acute suffering among the city’s poor. Talk of trouble could be heard in other cities as well, as fuel shortages raised the price of keeping warm beyond the working poor. Rumors began swirling of “foreign influence” – pro-German agents in the United States engaging in an elaborate plot of withholding food and fuel from the market to drive up prices and spark embarrassing riots – all with the goal of pressuring Washington to halt food shipments to the Allies. This alleged plot was plausible enough that the Justice Department launched an investigation.

Meanwhile, members of Congress denounced the food riots raging in the center of the nation’s prosperous cities as a “disgrace” and “the crowning shame of our civilization.”

So when, just a few weeks later, America entered the war, the food riots were still fresh and painful in the public mind. The nation’s food supply was an urgent concern.

“How are we going to feed our Allies across the water and have enough left to feed ourselves” asked the editorialists of the New York Times. “The crops of l917 will decide whether the world shall be fed or starve in 1918.”

While the public debated about the best way to raise an army sufficient for the war’s military needs – rely either on patriotism to draw droves of volunteers to the flag quickly or on conscription – there was greater distress about whether the country could muster the man power farms needed to feed that army, the rest of the nation, and a good chunk of Europe. Even if farmers wanted to cultivate more land and even if they could afford more seed and fertilizer, they could do nothing without workers. As the Times warned, “For every man who must shoulder a rifle for military duty we had better furnish inducement for another to take up a hoe for farm work.”

A dangerous scarcity of farm labor was nothing new; the crisis had been building for years. Since before the turn of the twentieth century, American farmers had been complaining that finding hands to bring their crops to market was getting harder and more expensive. The lure of city life with its newly electrified bright lights and the higher wages found there in factory work had already siphoned off many of the most ambitious rural boys. But since the Great War started, bringing a steady flow of lucrative supple contracts to American manufacturers, farm boys, and even their fathers, were dropping their plows and taking up factory floor jobs.

With Connecticut’s munitions factories going into production overdrive and sucking in eager workers from New England‘s fields, farmers there reported that during the summer of 1916 they were forced to pay double the normal wages – up to five dollars a day – to the hired men still available to bring in their hay. Unable to find workers, hundreds of New England dairy farmers announced that they would have to shut down or shrink their milk production in 1917. On New Jersey vegetable farms, manufacturer’s recruiting agents circulated through the fields, offering to the farm laborers factory jobs along with a hefty salary boost and free transportation to their new workplace. Early in the spring of 1917 the Canadian government announced it would offer ‘’extraordinary inducements,” including 160 acres of homestead land, to American farm laborers who would cross the border and work Canadian fields.

And now that the European war had become America’s war, too, it promised to exacerbate the labor situation. After all, April was not only wartime, but also spring planting time. On the day Congress voted to take the nation to war, even before the first American son could run down to his local post office and volunteer to fight, the newspapers reported a plan for raising an “Agricultural Army.”

Read the complete story in Fruits of Victory – available online and at your favorite bookseller.