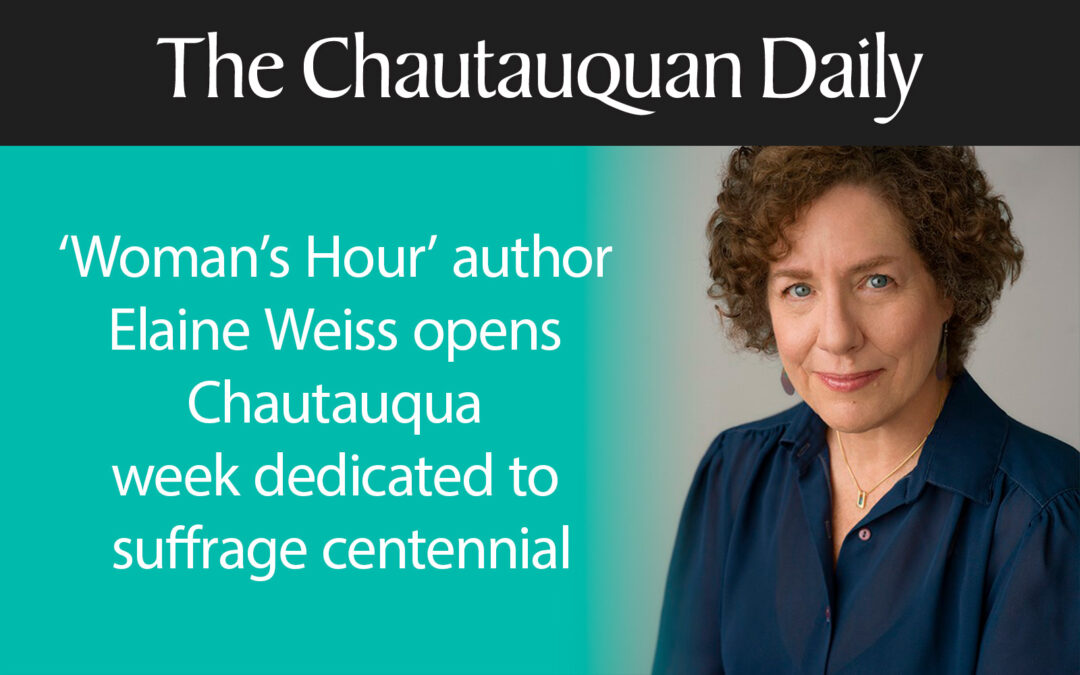 In many ways, it makes sense that Elaine Weiss is opening Week Five of the CHQ Assembly season, dedicated to celebrating the centennial of women’s suffrage in the United States. For one, she literally wrote the book on the topic: The Woman’s Hour: The Great Fight to Win the Vote. But perhaps more importantly, while the book takes place in Nashville in 1920, Weiss thinks the suffrage movement itself would not have been possible without the Chautauqua Movement.

“This is the heyday of the mother and daughter Chautauquas,” Weiss said. “When you think about it, how do suffragists get the message out? And Chautauqua becomes important as one of the biggest gatherings of people across the country, but it’s also the suffrage audience, of open-minded, educated, reform-minded men and women.”

Weiss will discuss The Woman’s Hour as part of the Chautauqua Lecture Series, opening a week on “The Women’s Vote Centennial and Beyond” at 10:45 a.m. EDT Monday, July 27, on the CHQ Assembly Video Platform.