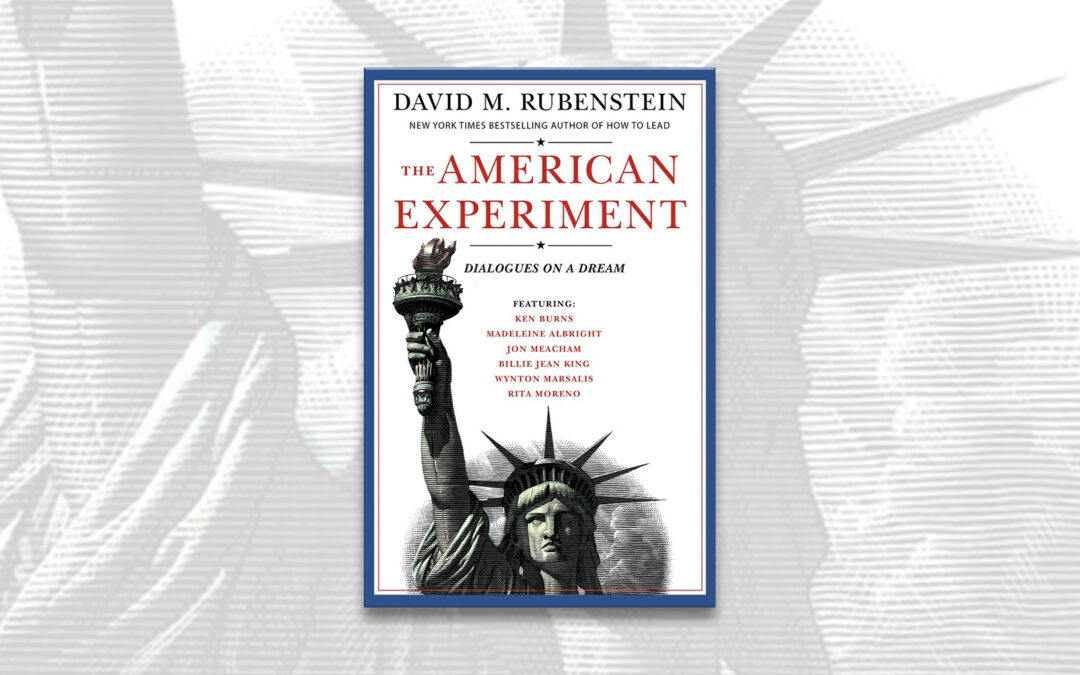 The Elaine Weiss interview will appear in print form in Rubenstein’s forthcoming book, The American Experiment: Dialogues on a Dream in Fall 2021.

In this lively collection of conversations—the third in a series from David Rubenstein—some of our nations’ greatest minds explore the inspiring story of America as a grand experiment in democracy, culture, innovation, and ideas.

Exploring the diverse make-up of our country’s DNA through interviews with Pulitzer Prize–winning historians, diplomats, music legends, and sports giants, The American Experiment captures the dynamic arc of a young country reinventing itself in real-time. Through these enlightening conversations, the American spirit comes alive, revealing the setbacks, suffering, invention, ingenuity, and social movements that continue to shape our vision of what America is—and what it can be.