99 Years After Women’s Suffrage, the Fight for the Vote Continues 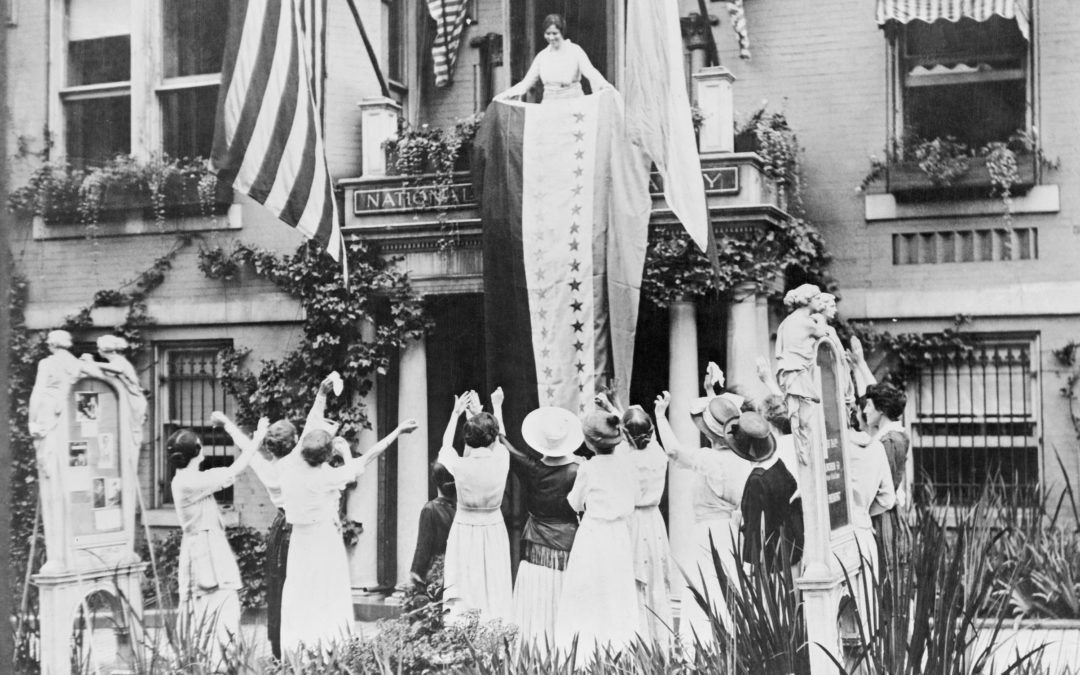 The observance of Women’s Equality Day on Monday marks the 99th anniversary of the day the 19th Amendment, extending the vote to women, entered the Constitution in 1920. These days, as the centennial year gets underway, I keep a Votes For Women sash in my suitcase, ready to slip on if period attire is required.

That moment was the culmination of a long struggle, the themes of which are timely—voting rights, women’s rights, citizenship rights and, inevitably, racism. (For black women in the Jim Crow southern states, as for Asian and Native American women, the promise of the 19th Amendment could not be realized until much later.) Likewise, the lessons we can learn from the movement are especially valuable today.

Tennessee was the last state to ratify the 19th Amendment, on Aug. 18, 1920, and the state is gearing up to mark that moment. More than 40 organizations in the Nashville area are collaborating on projects, from museum exhibits to ballet performances, symposia to musical tributes. The Nashville Public Library is constructing a Votes for Women room within its majestic central building, and the library chose my recent book about that dramatic climax of the suffrage movement, The Woman’s Hour, for its city-wide summer book club; the theme was “Read.Remember.Vote”—with a voter registration button prominent on the book-club web page. So I traveled to the Nashville this month to take part in the centennial kick-off celebrations.

I love telling the story of the three generations of brave and clever grassroots activists who powered the woman suffrage movement through 900 campaigns over seven decades, and I try to present an honest exploration of the movement’s achievements, failings and contradictions. But I’m also disturbed by some bitter ironies I’ve noticed as I tour the country.

From the window of the Library building downtown where the Votes for Women room is being built, you can see the handsome limestone Tennessee statehouse, just two blocks away.

There, this summer, Gov. Bill Lee signed into law the latest Tennessee law that makes it harder to register citizens to vote. Even though Tennessee already has one of the worst voter participation rates in the nation, the new law imposes both civil and criminal penalties (steep fines and up to nearly a year in prison) for even minor mistakes or omissions in registration documents and processes; opponents say it will especially suppress the vote in minority communities. Groups that work to register eligible new voters—like the League of Women Voters, NAACP, and the local Equity Alliance—are among those suing in Federal court to stop the law from going into effect this fall, but it has already had a chilling effect upon voter-registration drives.

While in Nashville, I was invited to speak to the city’s Rotary club, a robust organization of business and civic leaders, men and women, black and white. I was there to offer some historical background about their city’s star turn in the drama of the 19th Amendment, while reminding them that the suffrage victory had been woefully incomplete: following ratification, black women (and men) in Jim Crow states like Tennessee were prevented from voting for decades.

But as I prepared to deliver my remarks, I realized that this history lesson was not sufficient.

In this centennial year, I told the Rotarians, Nashville and Tennessee will be in the spotlight of the national celebration of the 19th Amendment—a celebration of women’s rights and voting rights. Back in 1920, even under enormous pressure from opponents of woman suffrage, the Tennessee legislature “did the right thing” by (narrowly) ratifying the Amendment.

But, I said, recent legislative actions, taken in that same imposing statehouse on the hill, tarnish Tennessee’s legacy of doing the right thing that summer almost a century ago.

I saw some raised eyebrows. I took a breath.

Voting rights are not—and must not—be a partisan issue, I continued; they are a stress-test measuring the health of our democracy. We must make it easier—not harder—to vote. Tennessee is failing this test. As for celebrating women’s rights: I did not even broach the legislature’s purposeful assault on women’s Supreme Court-guaranteed rights to physical health and autonomy.

I closed by imploring them, the civic leaders of Nashville, to once again do the right thing, to stand up for democracy, to be intolerant of measures restricting voting rights. They have the influence; they hold persuasive power with the legislature. For the sake of their city and state’s health and spirit—not to mention reputation—it was time to stand up.

The Rotary members stood to applaud. Not everyone, of course, but a heartening number greeted my words with enthusiasm. I’m sure quite a few in the audience disagreed with my call to arms, but they heard me out cordially.

Meanwhile, a few blocks away, at the same noontime hour, the Tennessee state government was launching its official celebration of the suffrage centennial.

It’s a sad mockery to be celebrating the 19th Amendment’s expansion of women’s rights and voting rights while slashing those rights today. This needs to be said out loud.

And Tennessee, unfortunately, is not alone: in the past decade, 25 states have enacted harsh restrictions on voter participation, with a surge of suppression tactics emerging from statehouses after the Supreme Court’s 2013 ruling that gutted enforcement provisions of the 1965 Voting Rights Act. Another wave of restrictive laws has followed since the 2016 election.

I’ll be visiting many other states in this coming year, and I realize that quite a few of them—Florida, Indiana, Missouri, Montana, Nebraska, New Hampshire, Ohio—also seem eager to celebrate the suffrage centennial with colorful pageantry and programs, while at the same time curbing access to the ballot box. We can’t pretend this isn’t happening, and I intend to use the opportunity of my visits to speak up and call out such hypocrisy. I hope others will, too.

Let’s harness the energy and excitement of the woman suffrage centennial to improve and expand voting rights for all. That would be the most meaningful kind of celebration.