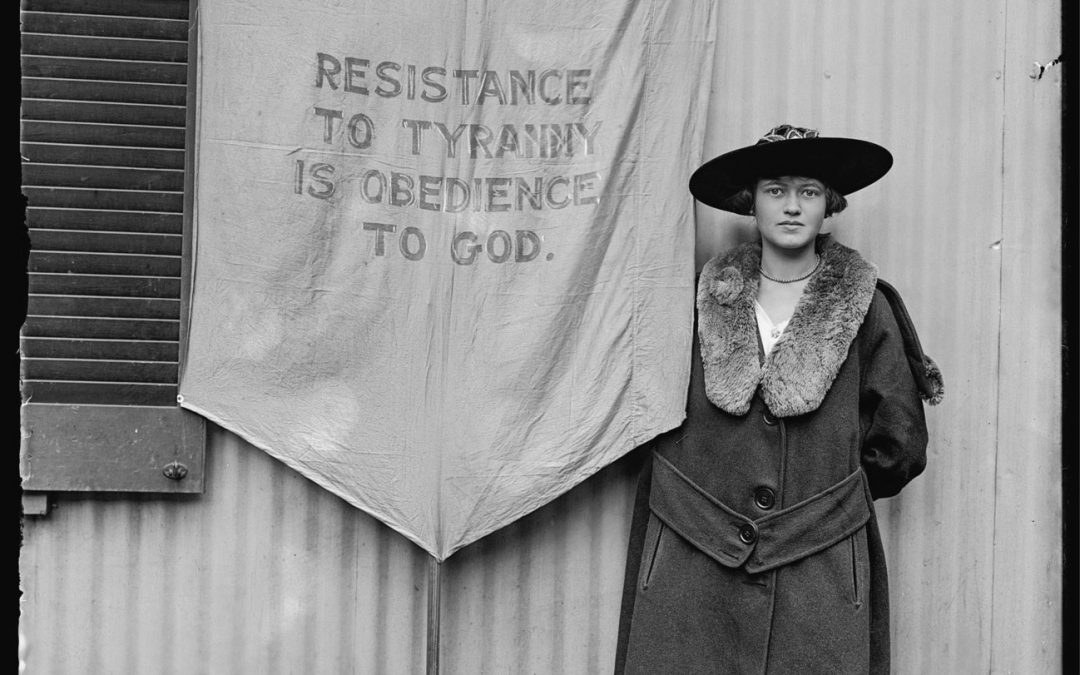 The crime was striking a match. Never mind that the match broke before it caught, or that the fire was already burning; sixty-three-year-old Louisine Havemeyer was still hauled into court, one of thirty-nine suffragists who were arrested in front of the White House on February 10, 1919. For more than two years, hundreds of women had been protesting there six days a week. They were known as the Silent Sentinels, because they held their tongues while they held their banners. But starting that January they had taken to burning Woodrow Wilson’s speeches in tiny urns around Lafayette Park, and a few weeks into that new phase of pyrotechnics they decided to burn him, too.