Lapham’s Quarterly: Voices in Time – A Fight Against Suffrage 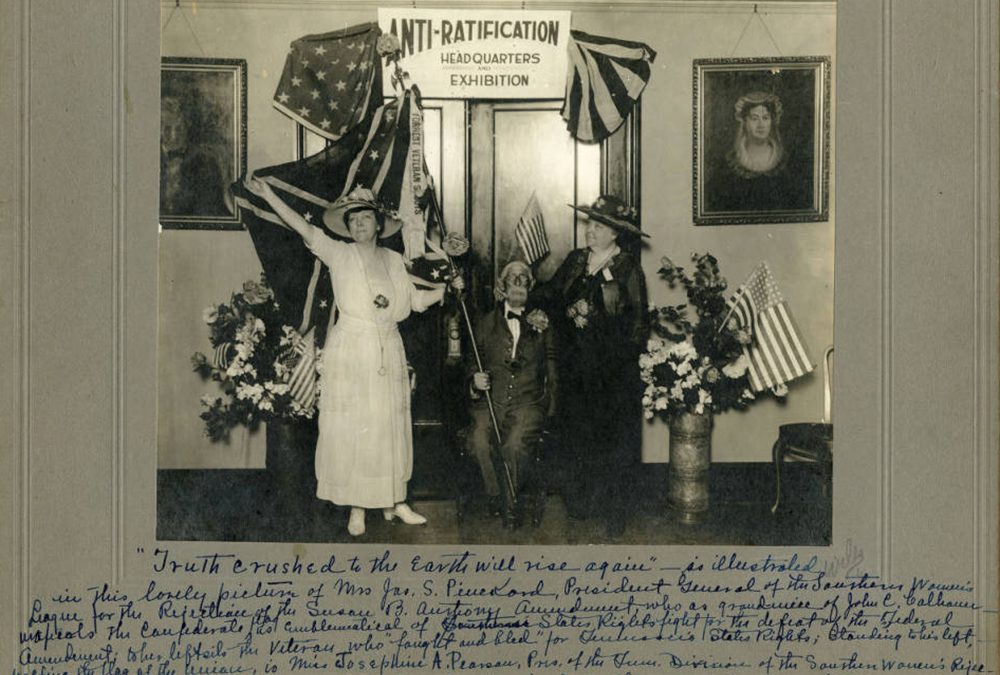 The author of The Woman’s Hour finds a photo of a battle to freeze progress.

I found this photo in the Tennessee State Library and Archives in Nashville while conducting research for The Woman’s Hour: The Great Fight for the Vote. It is a superb specimen of the political propaganda used in the campaign against the Nineteenth Amendment, saturated with symbols and references whose meaning would be well understood by its intended audience. In the heat of the first week of August 1920, this photograph was taken on the mezzanine level of the Hermitage Hotel in Nashville, Tennessee. It may not look like a battlefield scene, but it captures the opening salvo in one of the pivotal political battles of the twentieth century. The photo commemorates the grand opening of the headquarters of the Women’s Southern League for the Rejection of the Susan B. Anthony Amendment. These women opposed the enfranchisement of their sister Americans.