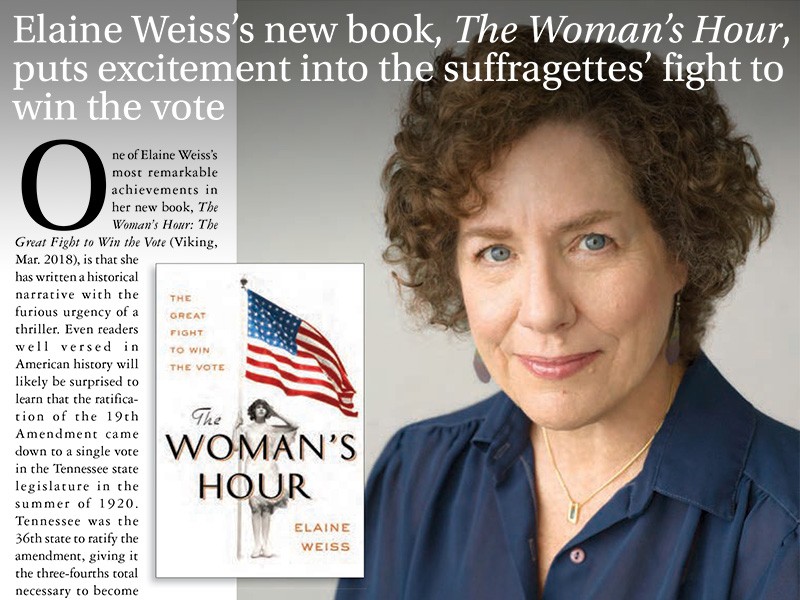 One of Elaine Weiss’s most remarkable achievements in her new book, The Woman’s Hour: The Great Fight to Win the Vote (Viking, March 2018), is that she has written a historical narrative with the furious urgency of a thriller. Even readers well versed in American history will likely be surprised to learn that the ratification of the 19th Amendment came down to a single vote in the Tennessee state legislature in the summer of 1920. Tennessee was the 36th state to ratify the amendment, giving it the three-fourths total necessary to become law. Had one more representative voted no, women might have had to wait decades longer to get the right to vote.